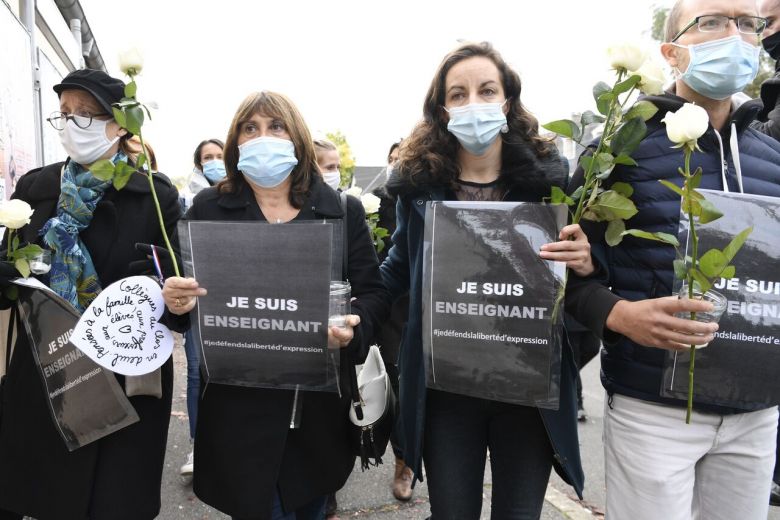 PARIS (REUTERS) – Thousands of people gathered across France on Sunday (Oct 18) to support teachers and defend freedom of expression after the killing of Mr Samuel Paty, a history teacher beheaded by a suspected Islamist on Friday.

Prime Minister Jean Castex attended the gathering on Place de La Republique in Paris along with Education Minister Jean-Michel Blanquer and politicians from across the spectrum, showing solidarity after a killing that has shocked the country.

“You don’t scare us. We are not afraid. You will not divide us. We are France!” Mr Castex tweeted later.

Mr Paty, 47, was killed outside his school in a Paris suburb by an 18-year-old attacker.

Earlier this month, the teacher had shown his pupils cartoons of the Prophet Mohammad in a class on freedom of expression, angering a number of Muslim parents.