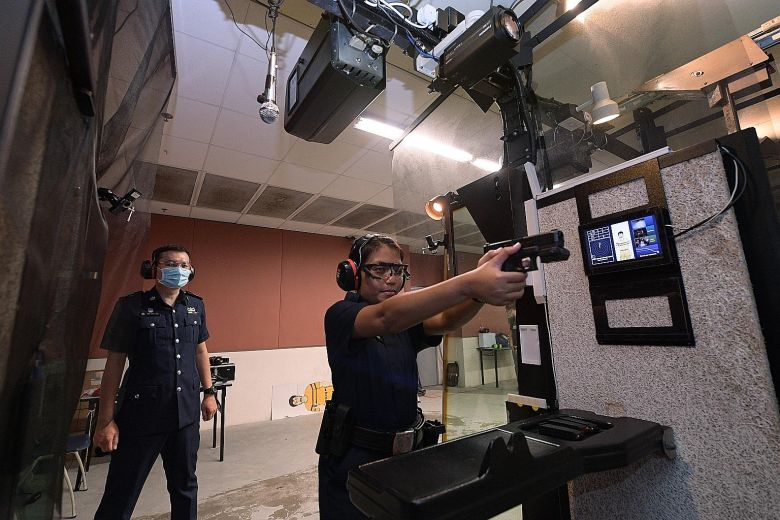 But with the help of a new sensor-based training system, she is now eager to work on her shooting skills at the firing range.

During a media demonstration of the Enhanced Live Firing Range System (Elfras) last Wednesday, Sergeant Noorafidah, 27, recalled her initial lack of confidence and the vast improvements she made after using the new system.