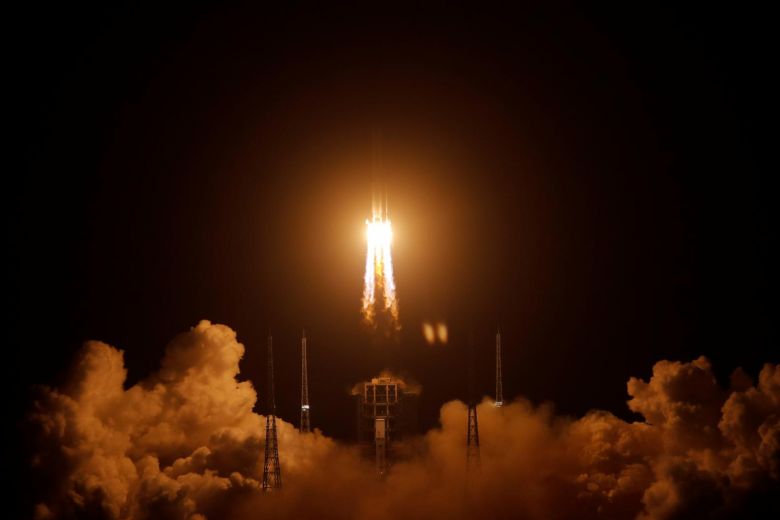 WENCHANG (REUTERS) – China hailed as a success its pre-dawn launch on Tuesday (Nov 24) of a robotic spacecraft to bring back rocks from the moon in the first bid by any country to retrieve lunar surface samples since the 1970s, a mission underscoring Chinese ambitions in space.

The Long March-5, China’s largest carrier rocket, blasted off at 4.30am Beijing time (2030 GMT on Monday) in a launch from Wenchang Space Launch Centre on the southern Chinese island of Hainan carrying the Chang’e-5 spacecraft.

The China National Space Administration (CNSA) called the launch a success and said in a statement that the rocket flew for nearly 37 minutes before sending the spacecraft on its intended trajectory.