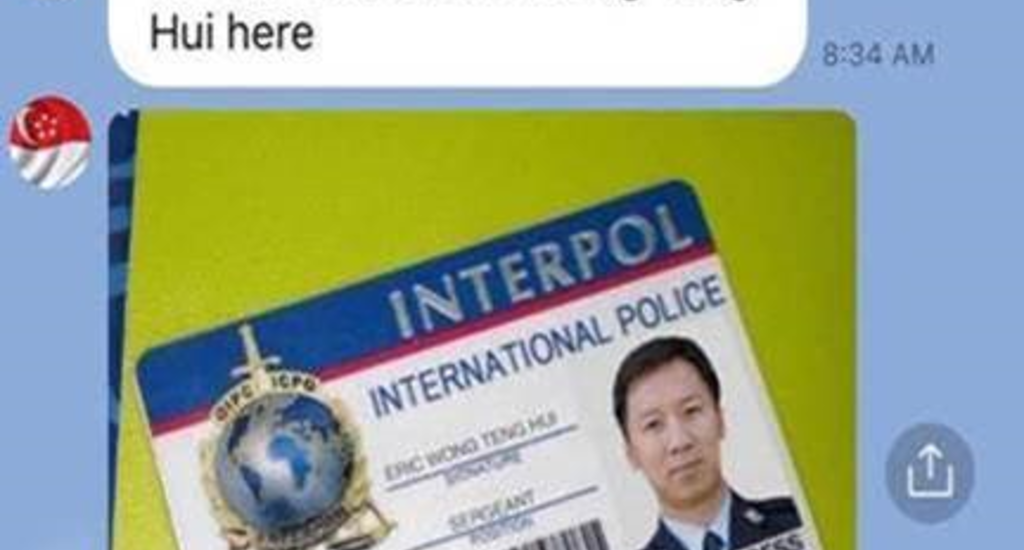 SINGAPORE — More than S$3.9 million has been lost this year by victims of a new scam where swindlers pose as officials from the Singapore High Court or Interpol asking for payments to settle concocted offences, the police said on Wednesday (April 21).

The scammers told the victims that they were being investigated for money laundering activities and referred the victims to an Interpol officer called “Eric Wong Teng Hui”, the police said.

Through messaging applications WhatsApp or Line, the scammers would then send the victims a photo of a fake Interpol international police pass.