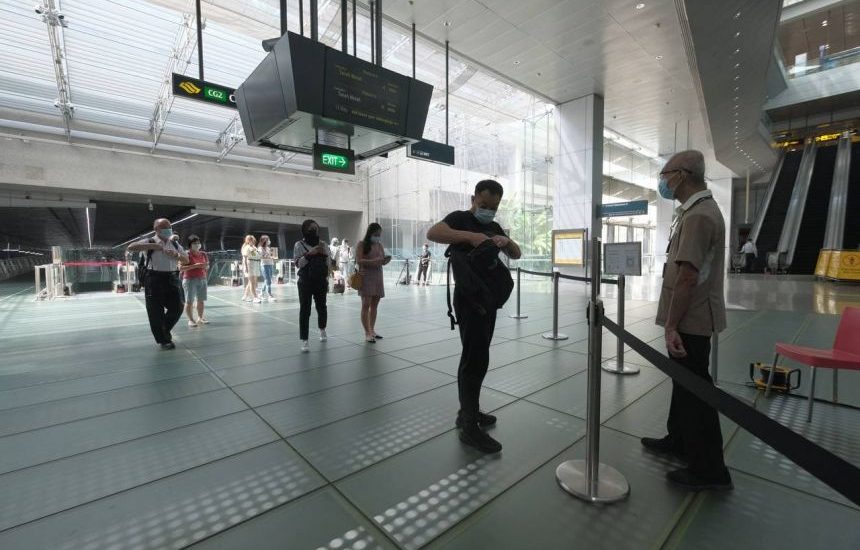 INGAPORE – Changi Airport turned silent on the first day of its closure to the public, even though there was a steady stream of airport workers returning for their Covid-19 swab tests.

A few shoppers, unaware of the temporary closure of Jewel and restricted access to the terminal buildings, showed up. But they were turned away.

The Civil Aviation Authority of Singapore (CAAS) and Changi Airport Group (CAG) had announced on Wednesday night (May 12) that they would allow only some workers and travellers to access the airport terminal buildings for two weeks from Thursday.